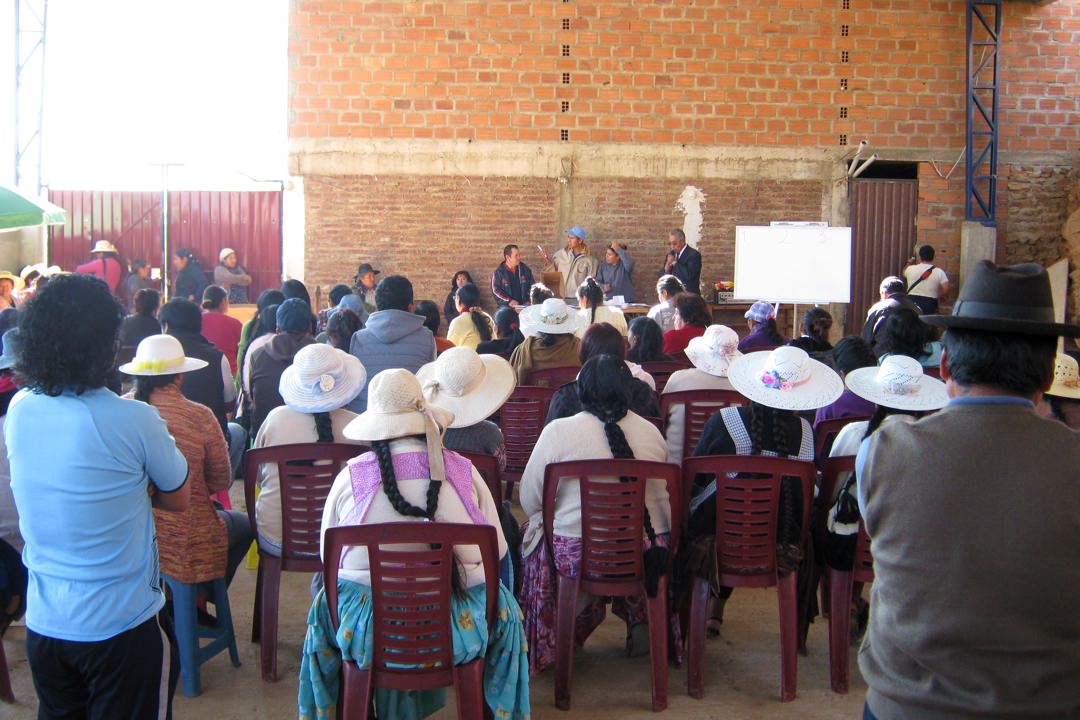 Assembly of the community María Auxiliadora preparing to elect their directorship

On Sunday we were invited as official observers of an election for the directorship of a community in the southern part of Cochabamba. María Auxiliadora is a very well-known and progressive community of approximately 700 homes, founded fifteen years ago on the principles of collective land ownership and largely female leadership.

The idea was that people (particularly women) who could otherwise not afford to own their own home could pay a relatively small sum into the community and be given a small lot of land on which they could construct their house. If they decided to leave the community, the sum was returned to them and they could only sell the house for the documented cost of materials and construction – an interesting approach to land ownership anywhere, but especially interesting in a city like Cochabamba where rapid urbanization has brought with it lots of land speculators and property-related corruption.

By all accounts the community had been unified for its first decade. In that time, in spite of being provide really no municipal services, they developed an after-school program, a neighborhood watch, and even their own water utility that provides household water from their own well and sewage to their own treatment plant. Over the past five or so years, however, they have become very divided. We have been told that these divisions have in some cases boiled over to violence, and from what we can gather most of the divisions are rooted in this issue of land ownership.

We had visited them during a few of their monthly community assemblies and had seen heated arguments break out between two opposed groups and lots of accusations tossed back and forth of manipulation of the upcoming elections. Without knowing the finer details of our work, we were invited us to advise their election committee for the upcoming election, and although this is not really our line of work (we’re not big believers in elections as a means of unifying a fractured community) we decided to lend a hand.

Raúl was able to attend a meeting of the election committee to suggest some simple but sound practices, such as setting equal and strict time limits for each groups campaign pitch and having the ballot box be open and visibly empty for all to see right before starting the election. He also advised them to request a police presence for the election (the animosity between the two rival groups was that strong), which they did.

When Sunday came, we were both presented to the assembly as observers along with our friend Leny Olivera of the Democracy Center and a couple of lawyers. There was much heated debate leading up to the election and accusations that certain community members should not be allowed to run as candidates. Before the first vote was cast, one of the two rival groups left the assembly, but as there had been no apparent violation of the community’s bylaws everyone agreed that the election should continue (this election had already been suspended the two previous assemblies).

One-by-one members of the community were called forward to cast their vote in secret and we oversaw the counting of votes right there and then in front of the assembly. The election itself had little drama.

The newly elected group has already welcomed our involvement as advisors, but it will be a slow process of getting to know them and the community’s complex situation, as well as having them get to know us before we can start to talk about any more meaningful collaboration. Nonetheless it was an honor to be involved and a really interesting experience for our team.

Democracy In Practice is a non-profit dedicated to democratic experimentation, innovation, and capacity building. 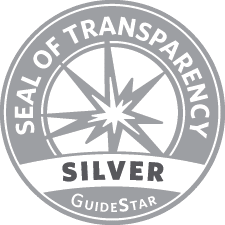